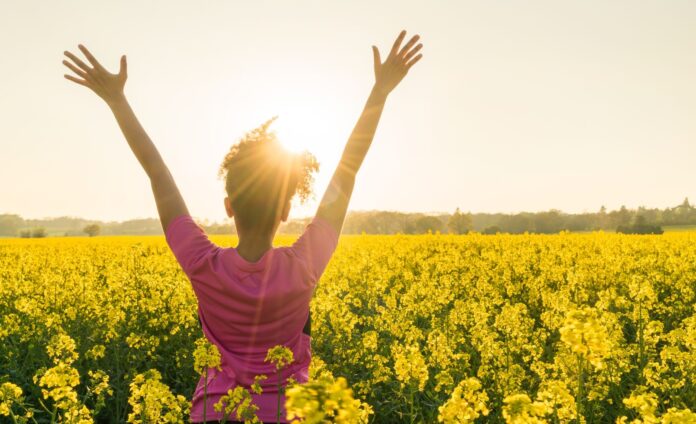 With inflation at a 40-year high, economic studies are revealing that for the first time in years, Americans are fearful about what may lie ahead. Many are concerned that an economic downturn could limit their lifestyle, but Valerie Rasul is not.

Like the woman described in Proverbs 31, Valerie is not afraid of difficult times because she understands the value of her dollars and is prepared–come sunshine or snow.  Her confidence stems from lessons she learned over 20 years ago.

It was the early 2000s, and like many others at the tech corporation she worked for, she accepted a ‘voluntary lay off,” thinking it would be an opportunity to spend more time with her son. But when the unemployment check arrived, it was a wake-up call. “One-hundred sixty-seven dollars was just not going to cut it,” she says, shaking her head.

Valerie’s parents had worked in corporate America and together made a handsome income, so Valerie had had zero experience with public assistance. “Welfare was foreign to my family!” she exclaims. Nonetheless, she was determined to figure her way out of it. She began by taking advantage of the education she was offered as a part of the assistance package. She enrolled in an economics class where she was relieved to learn that the hardship she and many other Americans experience—“situational poverty”–was unlikely to be permanent.

Foundational to Valerie’s success in overcoming situational poverty is gratitude for what God has given and the money He entrusts to her care. A tither, Valerie recognizes the first 10% of the money she makes as God’s. The remaining 90% is hers. “I make the best out of what He has entrusted [to] me,” she says. She does this by couponing, shopping off-season, utilizing competitive shopping, and sticking to a budget.

For more than ten years now, Valerie has set aside 30 minutes to “clip” coupons on Sundays. This “clipping” is primarily digital, but occasionally scissors are required.  “I don’t care if you [only] save a quarter–saving is savings,” she says in her southernly warm and motherly tone. “Every little bit helps.” She never goes shopping without having researched each item, and excepting fresh food, she rarely pays full price for anything.

Before shopping, Valerie also looks up the store’s policy on coupons. To ease delays and confusion, she often prints a copy to take with her through the check-out line.

Her greatest bargains are on staples – toilet tissue, deodorant, laundry detergent, and the like. Her favorite stores to shop? Dollar General and Target. She admits that most people generally don’t think of Target for discount shopping, but Valerie says that using all the platforms Target offers can cause you to come out ahead of even their global competitor!

In addition to coupon clipping, Valerie engages in what she calls “competitive shopping.” This is when you ask a store to price match a competitor’s sale. This may be more than most shoppers want to do, but at the end of the day, Valerie says, “shopping is like being in a relationship” –the partnership needs to work for both parties. “If that store isn’t benefiting me, then why am I giving them my money?” she asks. Though the relationship generally works, “sometimes you have to walk away and find a new favorite store,” she adds.

Another savings routine includes shopping for off-season merchandise. “Economists say when the demand is high, the price is high. When demand is low, the price is low,” Valerie says. So, she shops sales for summer clothes each fall and winter clothes each spring. She cautions against shopping just because you ‘feel like it. “Go when you know you’re going to save,” she advises.

Utilizing all the above strategies, Valerie averages an annual savings of at least 75% on household supplies.

Stockpiling goods that you may not use right away demands efficient organization. Her six-month supplies are stored in clear plastic bins on shelves, labeled and organized according to season.

When Valerie learned that her son and his wife were going to have a baby, she immediately began looking for baby bargains. When she received notice of a close-out sale, she was able to purchase dozens of baby clothes for an amazing 1 cent each! She stored these and other finds in a bin marked for the baby until it was time to deliver the gifts.

While saving money is always a thrill, it’s even more fun to participate as a group. To this end, Valerie has joined couponing and thrift groups on social media. “When you talk about things that require discipline [i.e., living frugally], it seems foreign to people.” In addition to getting the latest tips and encouraging each, she says that engaging with like-minded people “relieves stress and saves money.”

Describing her situational poverty as the “longest nightmare” she’s ever experienced, Valerie nonetheless affirms that she is a better person and more useful to God because of it. “Your storm is not for you,” she says with a smile. She religiously believes that the sunshine discovered in your storm is to be shared with others. So these days, she is focused on sharing her blessings with others and counseling others according to the principles she discovered during her test.

Last fall, by using coupons and finding sales, Valerie was able to create Christmas goodie bags for about 150 bus drivers who’d worked through the pandemic. She delivered them anonymously, simply thanking them for their service.

Valerie’s newest endeavor is inspiring others to live fully and freely through disciplined financial moves. Her business, Move Beyond Limits, LLC, aims to help people eliminate debt, develop a budget and save money. She teaches community classes but also offers private consultations. “People shy away from talking about [money]…sometimes it’s an embarrassment–you have to look at those numbers, and as Jay Z says, ‘numbers don’t lie…you might be living above your means.”  As a first step, Valerie encourages people to simply admit where they are and develop a plan from that place. In the future, she’d like to extend her services to businesses for their employees because she knows “when people are less stressed in their personal life…they perform better at work.”

My Child is Going to College – Now What?