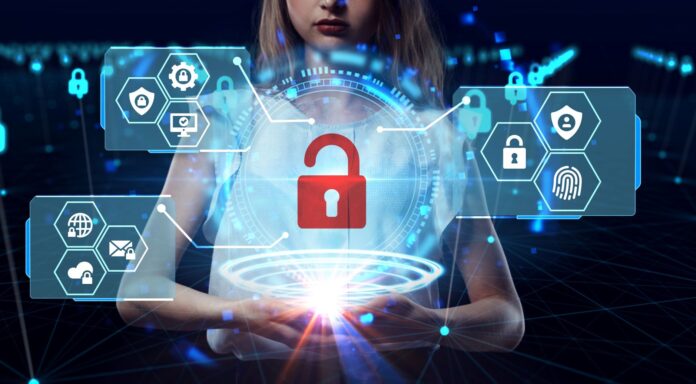 This comment tends to find itself in countless conversations. But what does a programmer look like? Meet Ashley Smith, a software developer and cyber security specialist for a large tech company in Pittsburgh, Pennsylvania.

Ashley works with clients to assess their needs, envisions a solution, and describes her job as “creating software out of nothing” to meet their needs. Sometimes this involves following a specific project where a client already knows what they need. Sometimes, she has to innovate from a concept of an idea, something that will benefit people and make life easier.

Ashley takes pride in the work that she does as a software developer. “I think what makes me the most excited about my work is seeing the change in everyday life. We all use tech for so many things- protecting us, making life faster, easier, and more productive- and don’t think about what our lives would be like without it. What I’m doing each day could be seen as small, but can create so much productivity and joy in someone’s routine.”

Ever since Ashley was little, she watched her father work in cyber-security and dreamed of her future filling his shoes. As a go-getter and high-achieving student, she poured everything into this goal. She dreamed of becoming a penetration tester, which is a cyber security worker who attempts to hack or break into security systems to test how secure or easily breakable they are. She envisions herself as an ideal candidate for this role because she would not be easily perceived as a professional hacker based on her appearance.

Ashley started on this path by attending Waynesburg University for a Bachelor’s degree in Cyber Security. She started working on her campus at an IT help desk which caused her to gain practical experience assessing and meeting technical needs to help people’s lives run easier. She then interned at an organization where she worked on infrastructure, which involved security monitoring, networking, production, and development.

Almost immediately after graduation from Waynesburg, Ashley was hired at her current position as a software developer. In Ashley’s training group of twenty-eight people, she found herself one of only two female employees. She explains that women compose 5% of employees in this industry in general.

A Surprising History of Software Development and Cyber Security

With this special beginning, it’s a wonder how this industry has so few women involved today.

Perhaps an issue with so few women being in computer programming is that most software programs are made for the male brain, even programs that only a woman might use. For example, an app that tracks menstrual cycles might be designed by a man who would not necessarily understand what features would be helpful or how to meet the need that this technology is meant to provide.

Ashley’s vision for this industry is that more women could be involved and are essential and needed to work on teams to build programs that work for everyone to bring their unique perspective.

When we ask, “What does a programmer look like?” We can confidently answer, “Anyone!”

Editors Note: Naomi Atwater is a senior in college graduating with a bachelors degree in communications.

My Child is Going to College – Now What?