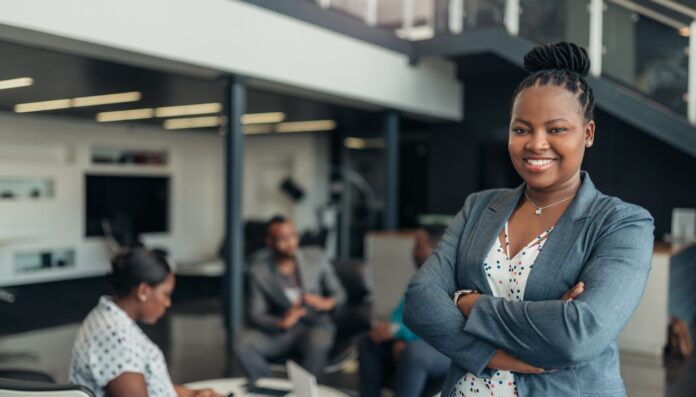 For many of us, Labor Day is an end-of-summer celebration. It’s an extra Monday away from the office filled with neighborhood barbeques and pool parties. When Labor Day arrives, it means the smell of sharpened pencils and the sound of kids boarding school buses across the country, and that all our fall favorites – like pumpkin spice candles and sweater weather – are on the horizon.

But while these perceptions and recollections are wonderful associations, Labor Day is also an important commemoration of Americans fighting for the working conditions that many of us – including, thanks in part to their work, many women – enjoy today. Many of the job circumstances we now consider standard – a 40-hour workweek, a minimum wage, even a minimum age of employment – were born out of the Labor Movement whose work we commemorate every September.

Suffice it to say, before the Labor Movement took off, conditions for the average American worker were terrible. In the late 1880s, the Industrial Revolution was well underway in America, when the bulk of the country’s industry began to come not from farming or agriculture, but from factories in cities. While the Industrial Revolution resulted in a huge increase in wealth and opportunity for some Americans, many others experienced dire conditions.

It was typical to clock 12-hour shifts over seven days just to scrape out a living. Children as young as five years old toiled away in factories, too, and made an even more measly sum than adults. Workers, especially women, the poor, and recent immigrants, didn’t get breaks, fresh air, or even access to restrooms. Much of the factory work was also dangerous: serious injuries were common, more so because of workers’ exhaustion. And if something did go wrong, sick leave or workman’s compensation was a completely foreign concept. The worker simply lost his or her job, along with their income.

In response, workers organized into trade unions and began advocating for improved conditions in major cities like New York, Chicago, and Philadelphia. Some unions’ demands were for a 10-hour workday and one day off every week. Many also wanted to require public education through age 16, which would necessarily prevent young children from being exploited as cheap labor.

These demands became protests, and the protests became strikes, where workers staged walkouts to bargain their return on a promise for better conditions. Some of these strikes, most infamously the Chicago Haymarket Riot of 1866, devolved into violence. Others became a precursor for modern-day events: when 10,000 workers marched from New York City’s City Hall to Union Square on September 5, 1882, they unknowingly organized the country’s first Labor Day Parade.

As a result of these events, both federal and state governments began passing laws recognizing that working conditions were indeed in desperate need of reform. Between 1885 and 1899, 10 states barred children from participating in the workforce. By 1894, when then-President Grover Cleveland signed a law that recognized the first Monday in September as Labor Day, 23 states had already done so.

Labor Day, Then and Now

Throughout the effort to achieve better working conditions, American workers’ most common demand was for more time: time away from the factory so they could spend it with family, friends, neighbors, or their church community. Whether you decide to spend Labor Day by the pool, at the beach, or at a neighborhood barbeque, one of the best ways we can commemorate the groundwork they laid for labor reform is rest, relaxation, and rejuvenation. Pausing on the first Monday in September is just one of the blessings we enjoy thanks to the work of those who came before us. So enjoy your Labor Day a little extra this weekend.

Striving for a More Perfect Union: A Look at the Life and Legacy of...

Generosity in All Seasons