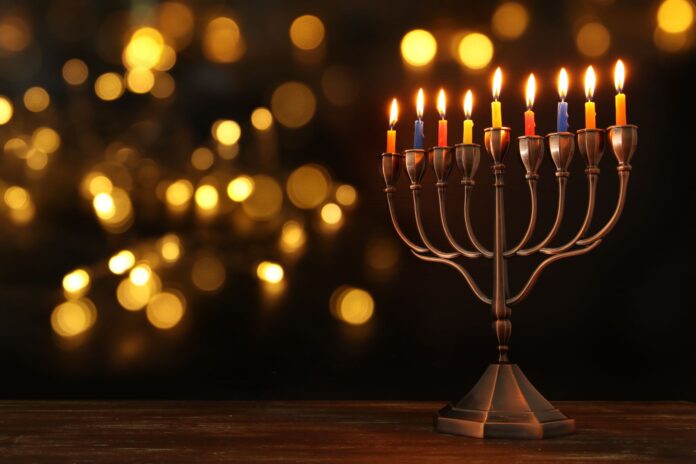 Hanukkah, the Festival of Lights, is a Jewish holiday commemorating a miracle that happened about 164 B.C. in Jerusalem. The events surrounding the Hanukkah miracle are found in The Book of Maccabees and the Talmud.

In 190 B.C., Jerusalem was conquered and became occupied by the Greek Empire. Under Antiochus III, Jews enjoyed the freedom to practice their religion openly as they pleased. However, when Antiochus III died in 175 B.C. and his son, Antiochus IV, rose to power, things began to change rapidly. Antiochus IV did not respect traditional Jewish faith and culture but sought to force the adoption of Greek thought and lifestyle on the Jews. Dr. Henry Abramson, a Jewish scholar and Dean of Lander College of Arts and Sciences in New York, explains that Antiochus’ goal was not so much an attempt to annihilate the Jews, but rather to “destroy Jews as a people, to try and remove distinctiveness so they could fit in with the realm of liberal Hellenistic values.”

To this end, Antiochus IV banned circumcisions, observances of the Sabbath, and the public study of the Torah. He also forced the sacrifice of pigs and the eating of their flesh on the Jewish community. Those who did not comply were put to death. According to this lively overview from Unpacked, Hellenized Jews backed Antiochus and encouraged others to moderate their beliefs, but a sizable contingency of faithful Jews vigorously opposed any change.

In 167 B.C., when Antiochus attempted to force the sacrifice of a pig in one temple, Matisyahu, the priest, and his sons refused and swiftly killed those sent to enforce the order. Then, fearing for their lives, they fled the city. They found sanctuary in friendly rural areas and began recruiting and training a small army. Using guerilla-style tactics, they launched relentless attacks against the Greeks. When Matisyahu was killed in battle, his son Judah the Maccabee (“the Hammer”) took command of military operations. Though not formally trained and vastly outnumbered by the Greek army, over the next two years, Judah and his men–the Maccabees, were valiant in battle time and again. By 164 B.C., they had fully recaptured Jerusalem.

One of the first acts of the Maccabees was to rededicate the temple. This involved burning sacred olive oil in a Menorah—a candelabra set aside for religious purposes.

However, nearly all of the olive oil in the temple had been defiled in sacrifices to foreign gods, making it unusable.

The Maccabees could only find one day’s worth of unpolluted oil to burn. Undaunted, the Menorah was lit. They trusted God to provide over the eight days it would take to purify ritually and then prepare more holy oil. Miraculously, God did just that! The oil burned in the Menorah continuously for eight days until new oil was available! This is the miracle of Hanukkah.

But certainly, we should also consider that the victories of a tiny, but tenacious army against a well-funded empire, are miracles in their own right.

This year, Hanukkah celebrations will begin at dusk on November 28th and will last through December 6th. The hanukkiah (a 9-branched candelabra) is often placed in a window as a public declaration of faith. Families will light one new candle each night and say prayers of thanksgiving. Oily foods such as donuts or latkes (fried potato cakes) will be eaten, games of dreidel will be played, songs sung, and some will exchange gifts. Chabad.org offers this how-to guide to lighting Hanukkah candles each evening.

Although primarily celebrated by Jewish people, in recent years, some Christians have begun participating in Hanukkah in recognition of the root of their faith and in remembrance of the Maccabees who bravely defended religious liberty.

According to learnreligions.com, “In Jewish tradition, the candle’s flame is thought to represent the human soul symbolically and serves as a reminder of the frailty and beauty of life.” This connection comes from Mishlei (Proverbs) 20:27:

Man’s soul is the Lord’s lamp, which searches out all the innermost parts.

If you are lighting Hanukkah candles this season, here are a few reflections to ponder from the lives of Matisyahu, Judah, and the Maccabees:

Heart of the Matter: Living with Intentionality

Celebrate the Holidays by Giving Back