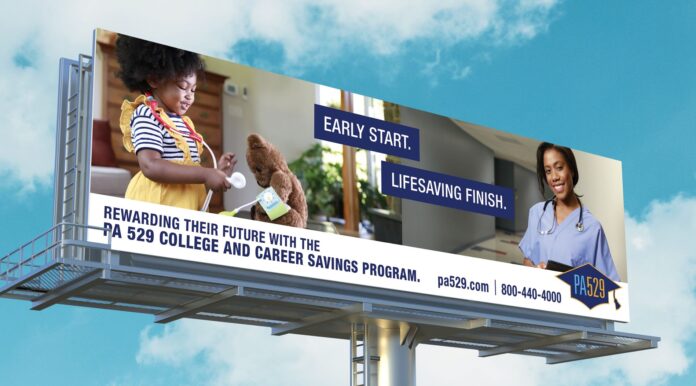 For State Treasurers across the country, May 29 isn’t just a regular Saturday. In fact, May 29 is a Treasurer’s version of a crucial playoff game, the culmination of weeks of preparation and promotion. It’s 5/29 Day, and it provides an excellent opportunity to educate the public on one of their best offerings: the 529 education savings account.

Historically, 529 accounts were created to provide a financial savings method for more families to be able to save for college. Today, they’ve grown into a savings mechanism for all kinds of post-secondary education, including apprenticeships, vocational school, and graduate school. Some state legislatures are even passing laws allowing 529s to be used for private or out-of-district schools for K-12 education.

To Idaho Treasurer Julie Ellsworth, that flexibility is the program’s best asset. “The 529 is very individualized,” she says. “You can have unconventional dreams, and it’s okay. I love that, because I was a little plumber girl! I was not conventional at all.”

Treasurer Ellsworth’s Executive Director of Idaho’s 529 IDeal program, Christine Stoll, agrees. “We want to encourage people to dream big,” she says. “The 529 is for apprenticeships; it’s for vocational school; it’s for two-year programs; it’s for grad school. Anything that’s accredited, it covers.”

Today, that flexibility is more important than ever. Pennsylvania Treasurer Stacy Garrity explains, “I travel all around the state, and people are always saying that they can’t find skilled labor. We’re really trying to push that the 529 is not just for four-year degrees, and whatever path they choose, we really encourage families to start saving early.”

Treasurer Garrity’s team has put together a campaign called Early Start, Rewarding Finish, which uses traditional and digital advertising to remind families it’s never too early to start saving in a 529 account. The Keystone Scholars Program provides additional savings incentives for these early savers. “The Keystone Scholars Program provides a $100 starter deposit to every baby born in Pennsylvania after January 1, 2019,” she describes. “That deposit will grow in the Guaranteed Savings Plan 529 account. That effectively enabled us to double the number of kids with a college savings account in their name.” Pennsylvania provides an additional $50 deposit to babies born to mothers who are receiving assistance with food and groceries, a program that is fully funded through philanthropic dollars.

Nebraska Treasurer John Murante says programs like this are key to overcoming one challenge he finds in expanding 529 enrollment in his state. “The biggest challenge we face is signing up parents with modest means who might think that putting in $50 for a college savings account doesn’t do much good,” he explains. “In an effort to address that problem, the Nebraska legislature created the Meadowlark Savings Program. Now, every child who’s born in Nebraska will be automatically enrolled in the Nebraska Educational Savings Trust or NEST, and everyone will have a $50 seeded deposit at birth.”

Treasurer Murante points out that when it comes to pursuing higher education, the amount saved can actually be less important than the act of saving. “Kids who have a college-bound identity, kids who believe they’re going to go to college – there’s a lot of data suggesting that belief, while they’re still in grade school, puts them on a path toward college attainment.”

Even so, with college tuition increasing every year, the amount itself can also be a lifesaver. According to Paul Curley, the Director of College Savings Research at ISS Market Intelligence, there are ways to maximize savings to reduce burdensome student loan debt. “I really see it as two steps: one is to save, and the other is to save efficiently,” he explains. “The winners of the day are the people who just ‘set it and forget it’ in online contributions. They’re putting 3% or 5% of their income into their 529 plan, adding in 1% increases incrementally: when you get, say, a 3% pay-raise, reallocate 1% to the 529.” With consistency and incremental increases, he says, entire years of college tuition can be paid for with an early start in a 529.

With such a meaningful impact, what holds Americans back from opening 529 accounts? It’s often simply a lack of awareness. “529s are a tremendous resource that so many people have no awareness of,” explains Kentucky Treasurer Allison Ball. “During my time in office, one of the things I’ve wanted to do is just make sure people know about it and take advantage of it. One thing we promote is that 529s are a great way to have grandparents give Christmas money or kindergarten graduation money. It doesn’t have to be just moms and dads – it can be a wonderful way for whole families and friends to contribute.”

For Arkansas Treasurer Dennis Milligan, promotion has been a combination of marketing and community presence. “When I first took office in 2015,” he recalls, “we launched a 75-county tour where we promoted the Arkansas 529 plan to local interest groups. That really jumpstarted our promotions. We’ve since expanded into digital and social media marketing, as well as occasional traditional advertising.”

Today, those efforts have paid dividends. “Arkansans’ knowledge of the role of 529 plans trends higher than the 30% of Americans who know what a 529 plan is,” he reports. “We think that’s great news, and it certainly speaks to the ways we’ve promoted the plan.”

Indiana Treasurer Kelly Mitchell has also made community work key to her office’s promotional efforts. “We are consistent sponsors of Little Hands on the Farm at our Indiana State Fair,” she explains. “For all the weeks of the fair, we have a booth and an interactive exhibit, where parents stop by and learn about saving for education. They can enter to win our state fair contest, which is a deposit into a 529 account of $529.”

Partnerships have also been key to Treasurer Mitchell’s expansion of the program. “We have a unique program called Promise Indiana in partnership with the Indiana Youth Institute. They partner with the YMCA, a local community college, and an elementary school, and they bring young kids onto a college campus to tour and let them see what it’s like to be in a science lab or a football field.”

For Treasurer Mitchell, and for all the Treasurers, every promotion and expansion of the 529 education savings account is geared towards one goal: “The whole idea is to put the idea of higher education in a child’s vision. It’s about sparking those dreams in kids, have them start thinking about what all they can possibly become.”

Principles of Financial Planning Series: Setting a Budget for Retirement — How Much Should...

Presidents Day: Lessons from Polk, Pierce, Harrison, and Taft that Could Help Us Today