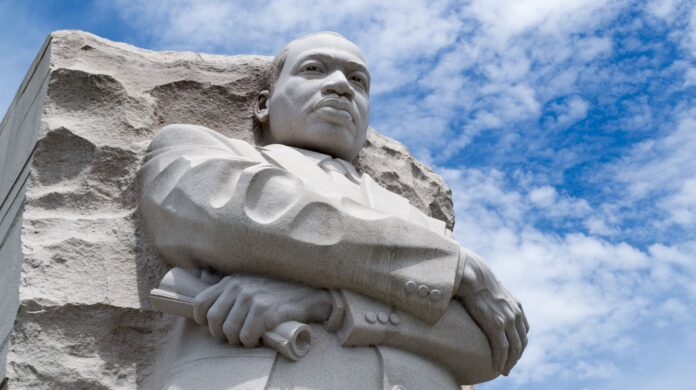 – Excerpt from The Drum Major Instinct, a sermon by Martin Luther King, Jr.

On February 4, 1968, Rev. Dr. Martin Luther King, Jr. preached, what would be, his last sermon. He took his text that day from Mark 10:43 and 44, where Jesus explains to his disciples, James and John, that the path to becoming the greatest obliges one to humble himself to serve others as a way of life. The drum major’s instinct, King explains in his sermon, is the desire for attention, “to be important, to surpass others…to lead the parade”. According to King, the instinct is deeply embedded in every one of us and can motivate us to achieve and contribute to the greater good, but left unharnessed, it can lead to a “distorted” personality, tainted by lyes, arrogance, prejudice, and vanity.

In the pre-civil rights era, Black Americans in the South were familiar with the warped version of the drum major’s instinct. And so, although he was a loving husband and father, a Doctor of Theology, a brilliant scholar, writer, preacher, powerful orator, and Nobel prize recipient, Dr. King was regularly subjected to cursing and threats and was arrested and jailed 29 times. He was hosed by authorities, had his home bombed, and was stabbed. Politicians and even some fellow ministers spoke up against the demonstrations he led, highlighting racial injustice and disparities. Still, he often found support from strangers — black and white, Protestants, Jews, and Catholics. King reported that his jailers often sought conversation with him about segregation and civil rights. King would engage them, attempting to persuade them to the cause for dignity and equality. “All men are brothers,” he once said, “because they are children of a common Father.”

These experiences, large and small, shaped King, ultimately teaching him greatness through excellence in love, leadership in forgiveness, and second-to-none service to others.

Today, Dr. Martin Luther King’s life and example stand in stark contrast to a global culture absorbed with “likes,” “follows,” and shallow exultations of self on social media. Here, through quotes gathered from his sermons and writings, is a prescription for living a life that truly matters:

“So, Jesus gave us a new norm of greatness…and by giving that definition of greatness…it means that everybody can be great because anybody can serve…You don’t have to have a college degree to serve…You only need a heart full of grace, a soul generated by love.”

“Now there is a final reason I think that Jesus says, ‘Love your enemies.’ It is this: that love has within it a redemptive power. And there is a power there that eventually transforms individuals. Just keep being friendly to that person. Just keep loving them, and they can’t stand it too long. Oh, they react in many ways in the beginning. They react with guilt feelings, and sometimes they’ll hate you a little more at that transition period, but just keep loving them. And by the power of your love, they will break down under the load…There’s something about love that builds up and is creative. There is something about hate that tears down and is destructive. So, love your enemies.”

Have Faith in God.

“The God whom we worship is not a weak and incompetent God. He is able to beat back gigantic waves of opposition and to bring low prodigious mountains of evil. The ringing testimony of the Christian faith is that God is able.”

Fatherly Advice: Find Your Passion in Your Work

How to pack the perfect picnic