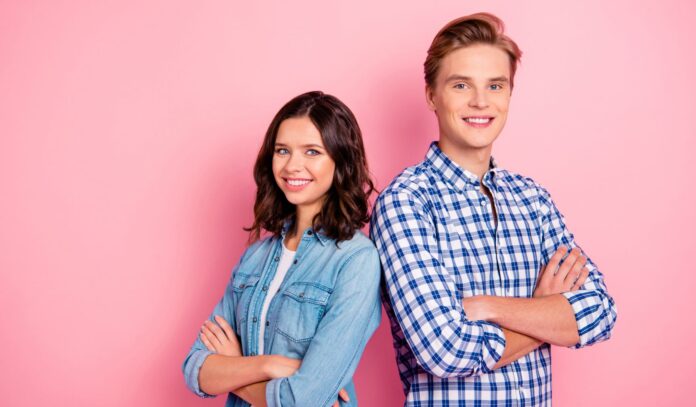 “Start the habit of saving yesterday…even before kindergarten.”

There is a large and consistent body of evidence dating back almost 20 years now, that reveals substantial differences between males and females when it comes to financial knowledge and financial behaviors. Dr. Jennifer Davidson, Assistant Professor of Practice in Economics at Nebraska University in Lincoln has studied this phenomenon over the past 13 years. She points to numerous studies over several continents, all of which she says conclude “at all ages, males are generally more financially knowledgeable than females.” This knowledge edge manifests in behaviors that can give males a distinct and profound savings advantage over females.

A recent survey of high school youth conducted by Dr. Davidson found both sexes working and banking at similar rates, but saving at remarkably different rates. According to the survey, 73% of high school boys said they saved regularly, but just 57% of high school girls reported doing so.  (Davidson, 2020).

The consequences of these differences in behavior will yield dramatically different results for each gender throughout life, but most notably in their retirement years. Dr. Davidson explains:

“If a male student saves and invests $100 a month and earns a modest 6% return starting at age 16, at age 67 the investment has grown to $405,000.  In contrast, if the female student chooses to use her income for consumption or puts off saving until age 30, at which point she begins to save and invest $100 a month, earning the same modest 6% return, at age 67 the investment has grown to only $164,000. This is a difference of about a quarter of a million dollars simply by choose to save regularly at an early age.”

Davidson explains that these differences in thinking and doing have some serious, long-term consequences for women: “When you consider high divorce rates resulting in single female heads of households and that women tend to outlive men and will not only need retirement savings to last longer, but very likely will be making financial decisions alone, a lack of financial literacy could have expensive future consequences in terms of financial-decision making.”

Dr. Davidson says that while there is no consensus among academics as to a reason for men’s financial knowledge advantage, some research suggests “knowledge can become behavior”. In that vein, Davidson proposes addressing detracting behaviors, and with intention, designing new ones.  “It is often taboo to talk about money, but it’s something we need to get over. We need a paradigm shift so that it’s okay to talk about money.” Addressing the female knowledge and savings gap, she asserts, “It really is about our behavior with money and making it work for us, as opposed to being consumers all the time.”

Building a Bridge to Better Futures

To bridge what Davidson calls a “mismatch between the necessary financial knowledge, skills, and behaviors that people need to be able to make important financial decisions,” she recommends the following to parents:

Davidson concludes, “We need to teach our girls to be independently responsible for their finances…and we must model that behavior and vocalize it.”