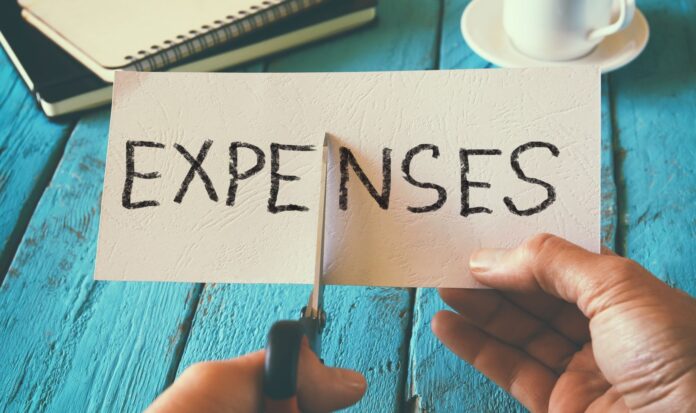 By now, we know that it isn’t in our imagination: our day-to-day purchases really are more expensive than they were last year or the year before. As the cost of gas approaches $5 per gallon nationally and the prices of groceries, clothing, summer vacations, and seemingly everything else continue to climb, officials at the Federal Reserve and global financial institutions are warning of persistent inflation reminiscent of the 1970s.

That’s the bad news. But the good news is that we do not have to allow current economic conditions to be the downfall of our financial strength. Trimming our everyday expenses, even in relatively painless ways, can yield remarkable savings from year to year. With these modest financial hacks, we can eventually emerge from this inflationary period on a more financially secure footing than ever before.

In the wake of the high costs of living, it may be tempting to pay the minimum balance on credit cards instead of paying them off in full every month, but avoid this temptation at all costs: it’s a devil’s bargain. Not only will your balance accumulate quickly, but it will also be charged interest rates of between 16 percent and an eye-popping 25 percent. After just a few short months of minimum payments, the sum can quickly become suffocating.

Now more than ever, it’s critical to pay off credit card balances in full. If you already have credit card debt, make it a priority to pay it off as quickly and consistently as possible. The average American saves almost $1,000 per year just by avoiding the interest payments that come with credit card debt. In this inflationary period, that money is far better spent on gas, groceries, and other essentials.

Credit card interest is the most significant form of fee, but it’s hardly the only one. Using a debit card at an ATM terminal your bank doesn’t own can easily add between $5 and $8 on every transaction, between the bank’s processing fees and the terminal’s convenience fees. Also, if you’re traveling to another country this year, beware of foreign transaction fees. These fees may seem small at 3 percent, but when added to every dinner out or memento purchased in a week-long trip, they can quickly stack up.

Takeaway: Eliminating credit card and bank fees can yield savings of over $1,000 per year.

As companies cite increased costs, the price tags on subscription services are going up, too. Both Netflix and Amazon Prime, for instance, raised their prices earlier this year between $1.50 and $2 per month for their immensely popular services.

Chances are, you have several monthly subscriptions sitting on your budget that you either aren’t using or could live without. Go through your credit cards and checking accounts and note all your subscriptions—everything from your local newspaper to Stitch Fix to your gym membership. For each, carefully consider how often you use it, how important it is, and whether you can justify keeping it given rising costs. This process won’t require you to eliminate every subscription—it just asks you to be intentional about those you decide to keep.

Many Americans have returned to the office for at least several days per week, and many have also returned to the convenience of buying coffee and lunch from stores, stands, or restaurants near their buildings. But with an average small Starbucks latte trending at $3.50 in the U.S. (and even higher in expensive cities like New York or Washington, DC), and the average cost of lunch clocks in at about $10, these expenses together can ring in at a remarkable $3,400 annually, based on a 5-day workweek.

By making coffee at home and putting in twenty minutes each evening to meal prep, your budget will have more wiggle room to cover rising costs—likely with some leftover, giving you change to put in savings. As a bonus, you’ll likely eat healthier, too, since restaurants and cafes often add unnecessary sugar or cook foods in heavily processed oils.

Takeaway: Switching from buying coffee and lunch at work to bringing both from home can save the average working American nearly $3,500 per year.

Conditions in the U.S. and around the globe may look uncertain now, but one thing is almost certain: the economy will rebound in some form or fashion. Our only task, then, is to take the opportunity now to set ourselves up for greater financial security and even prosperity when brighter economic days at last arrive.

Filling Up on Life at Murray’s Chevron