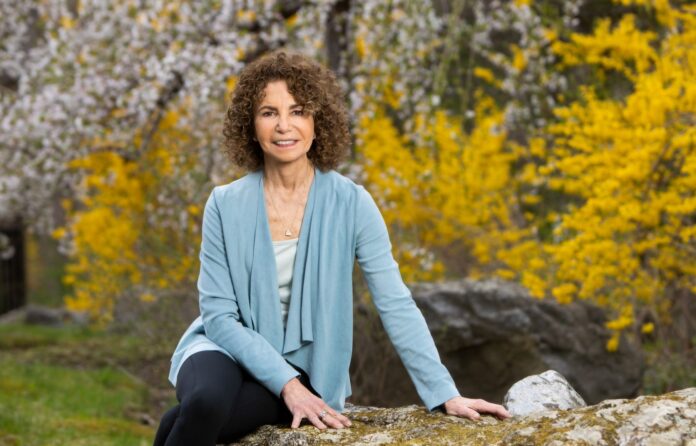 Some people shy away from new challenges, fearing failure or unhappiness in taking on something new. For other people, unexpected changes and challenges are taken in stride: far from seeing a setback, they see new and bountiful opportunity. These are the pioneers among us, and Francie Heller is one of them.

“To be honest, I’m not sure what my professional title is,” Francie begins. “I founded Heller Advisory, my own firm, but I’m also Senior Advisor to a firm called Investment Office Resources. I’m also a Director at Arabesque Asset Management and a Senior Advisor to Sustainable Securities.”

Whichever hat she’s wearing, Francie helps companies align the funds they invest in with their mission statements, an industry called impact investing. Francie puts it this way: “A healthcare organization, for example – what’s their mission? It’s about obesity, childhood health, public health. We screen everything the company owns in their financial portfolio so we can tell them what funds they own that may go against what they’re trying to accomplish,” she explains. “We want to make sure their investments match the mission of the organization.”

While Francie has worked at some of the largest firms on Wall Street, her career began on an entirely different trajectory. “I started out my career as a speech pathologist in public schools,” she recalls. “I became the Supervisor of Special Education, then I was Director of Personnel Services. That’s when I was given a budget to manage.”

Francie spent a couple of years formulating her plan, and she succeeded in getting 15 school districts signed up for it. “Then I marched myself down to Wall Street and said, ‘I have this idea, I really think there’s a better way, and I want to help.’ And I got hired by Bear Stearns.”

Wall Street was a new world, one she had to quickly learn to navigate. “I bought myself a Wall Street dictionary because I didn’t have training at all,” Francie recalls with a smile. “I would sit in meetings because I didn’t want it to be obvious that I didn’t know the words they were using. Then I’d run to the ladies’ room and look them up so I would know what they were talking about.”

For Francie, though, survival was not optional. “I was the single parent of four children, and I was responsible, financially and emotionally, for raising my kids,” she describes. “I got married at 20. I had my first child at 21, my second at 22, and twins at 23. Somehow, I managed to finish college and go for a graduate degree. I must have known somewhere in my head I was going to need them because when I was 29, I got divorced. There I was, single with four young kids, but I knew I wasn’t going to quit. I knew I was going to make it.”

Francie may have had to work harder than most, but her work ethic is in her blood. “I am the daughter of two Holocaust survivors,” she says. “I was the first to even finish high school or go on to college. My parents came here with nothing. But they decided to be happy, not bitter. I grew up in a home that encouraged you to do the right thing, to be happy, and to work hard.”

While at Bear Stearns, Francie built the school investment program into $30 billion in assets with 4,800 clients around the country. “I left when I looked at everybody who worked for me and realized I could turn it all over to them: they didn’t need me anymore,” she says.

When choosing her next career move, she took honest stock of what drove her. “All along, I really felt like I cared more about people and doing the right thing than money. It wasn’t about money for me,” she says. That’s when a friend called her and introduced her to impact investing. “It was like I’d been found. Here’s a way to do the right thing, to help people invest in their mission.”

Francie’s career path may be a winding road, but she says, “It’s kind of like that Robert Frost poem: way leads onto way.” Above all, it’s been her refusal to quit or take “no” for an answer that has kept Francie going on her own way. “You have two choices: you can make it, or you give up,” she advises. “And why would you give up?