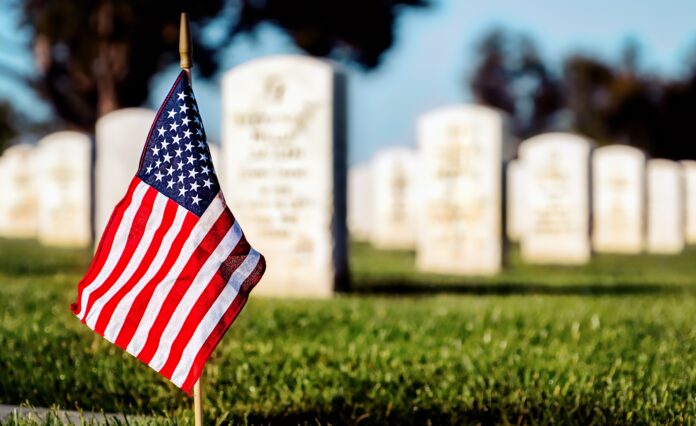 Thus reads a plaque in Hampton Park, South Carolina commemorating what American History professor, David Blight (Yale University) describes as the first Memorial Day in America.  The remarkable account was discovered in 1996 by Blight when he was given a box of veteran archives from a curator at Harvard University’s Houghton Library. The event had been documented by a Union veteran and made mention of a story in the New York Herald Tribune about the First Decoration Day of the Civil War. Although the official record does not reflect this event as being the first American Memorial Day, that fact is of lesser importance, according to Blight. “The fact that this occurred in Charleston at a cemetery site for the Union dead in a city where the Civil War had begun, and that it was organized and done by African American former slaves is what gives it such poignancy,” Blight says in an interview with History.com. In a separate interview, Blight further remarks, “What you have there is Black Americans freed from slavery announcing to the world with their flowers, their feet, and their songs what the war had been about.”

William Gladstone, a British statesman who also served as Prime Minister of England in the latter half of the 19th Century said, “Show me the manner in which a nation or a community cares for its dead and I will measure with mathematical exactness the tender sympathies of its people, their respect for the laws of the land and their loyalty to high ideals.” Memorial Day was officially recognized in 1971 as the last Monday in May by Congress. Originally a time to remember those who died in the American Civil War, it is now a day of remembrance for all who served in our armed forces but did not return home.

Remembering and honoring loved ones and those who have protected and provided for us is important to our civic and individual emotional health. Remembering sobers us to the reality of death; it affirms life and our value as humans; it reminds us to recognize time as a precious and limited gift; it centers us by connecting our past to our present, and it honors the ordinary and the extraordinary contributions humans are capable of making to future generations through our deeds.

In addition to the act of remembering our fallen, Blight says how we remember is also important. “How we structure remembering our greatest events…has a profound impact every day in every way on the present in which we live.” Whether your loved one served simply and humbly or was decorated and buried with honors is not the point. How you choose to remember them now and in the future is what matters. In addition to laying flowers on the gravesites of your loved ones this year, here are a few traditional and non-traditional ways to memorialize your loved one.

1. Develop an online forum, accessible to family and friends, of photos, stories, and sayings of your loved one.

2. Share and create your loved one’s favorite recipes with family and friends on an annual basis.

3. Develop an annual event that honors your loved one by investing time and money in a cause they believed in.

4. Honor your loved one by serving others. Contribute charitably to have a well built where clean water is scarce.

5. Create a scholarship or essay contest for your local high school that honors the character, talents, or interests of your loved one. The scholarship needn’t be large. Even a $250.00 scholarship will be appreciated.

We talk openly of life.
Of the joyful times we had.
And the joyful times we will have together.
Death gives no joy.
It has no voice.
We have muted it because there are no more
times to have together.
While the remembrance of death is painful,
the remembrance of those who lived,
those we loved, is joyous.
They have left footprints implanted in our minds,
in our hearts, and in the very essence of our being
that shall remain forever.
Death is sad.
Remembrance is not.
So let us remember their lives.
Forever.

May your Memorial Day be filled with good remembrances, gratitude and love.

The Path of Wisdom and Understanding

How Career Mistakes Can Come Back to Haunt You

5 Principals to Successful Investing in 2020……. and beyond!