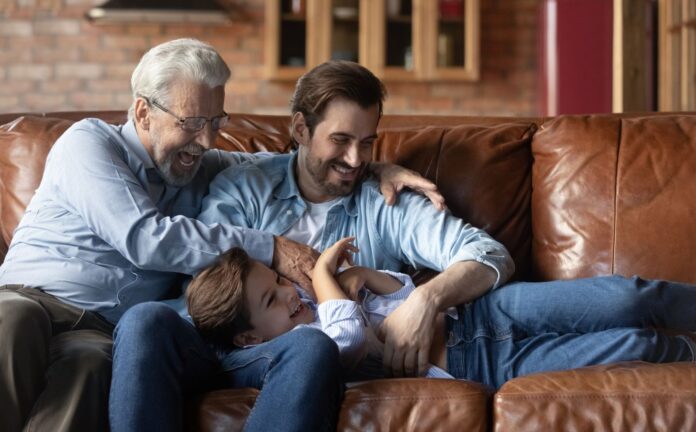 Though known for their great accomplishments, prestige, or honor in other areas of life, several remarkable men also shine in how they’ve raised their children. Not only have they invested selflessly in their children, but they have also each found their children to be a source of inspiration, motivation, and influence in their individual careers and accomplishments.

You may know him as a founding father, but George was also a remarkable non-biological father to the children of his wife, Martha. Martha had two children, Jacky and Patsy, from her previous marriage. Her first husband had passed away, so when George married her, he automatically became a father to these two children. Though never publicly shared, it is likely that George and Martha were unable to have their own children. George never complained or talked about not being a father, though this was typically not a choice that people of his position and culture would make. What makes his story so remarkable, though, is his willingness to step into the lives of his stepchildren, who he raised as if they were his own.

Father to a large family of 10, Darwin struggled with great loss in this area of his life. Two of his children passed away while they were still infants, leaving Darwin caring so much about his family that he stepped in significantly to care for them during a time period when this was abnormal for a father to take over what was considered the role of the mother. However, his loss did not end here because soon after, he lost his ten-year-old daughter, Annie. Perhaps these great tragedies experienced are what caused Darwin to be so invested and close with his family because he knew they were not something he could take for granted.

Although sitting in a position of prestige, Prince William does not allow his position to affect the way he parents. He strives to give his three children the attention and normality despite being in the public spotlight, even by breaking typical conventions of those with the crown, such as flying in the same airplane. With easily enough money to hire a full-time nanny to complete everyday tasks and care for his children, he continues to provide support and care for his kids, recognizing the importance of his involvement in their lives.

This famous author of Lord of the Rings and The Hobbit began all of his fantastical story ideas by telling bedtime stories to his four littles. His ideas about goblins, dragons, wizards, and hobbits who lived in holes all began when he was tucking his children into bed and making up what came into his head. His children contributed and helped make up the fanciful world the characters lived in, contributing to what Bilbo Baggins’s house looked like and how his characters acted. Tolkien was teaching at Oxford at the time, but as his characters and stories began to develop and take shape, he wrote The Hobbit, published in 1937. When his publisher called for a sequel, Tolkien’s son, Christopher, was old enough to become his assistant on the novel, and Christopher drew all of the maps in the book himself.

Perhaps the least-known name on this list but the most foundational, Civil War veteran William Smart is the catalyst for the Fathers’ Day holiday we now celebrate. This man was married and widowed twice, raising his fourteen children primarily on his own. Sonora Dodd is most known of his children today, who respected her father’s great efforts so deeply that she developed a passion for celebrating remarkable fathers that shaped the world. She then pushed for the commemorative holiday to become official, which finally was signed by Richard Nixon when Sonora turned 90. They settled on celebrating Fathers’ Day starting in 1910 on every third Sunday in June, and the tradition has continued for 112 years.

Motherhood is an Investment

SWSM Executive Women – Joann Waiters: Helping Pave the Way for Women in the...

Landing Your Networking and EQ