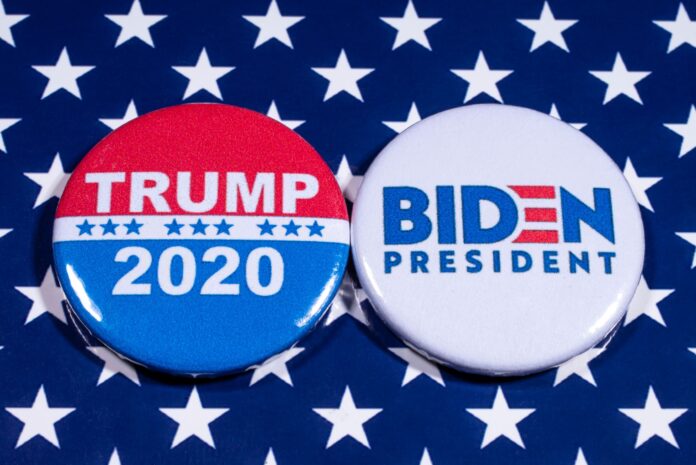 The 2020 presidential election is approaching, and many of us wonder how the election season may impact investments and 401(k)s. It’s a valid concern: 2020 has been a wild ride for the stock market, with one of the steepest declines in history in March followed by an all-time high in August. But if your portfolio is set up for long-term success, you don’t need to worry too much about the impact of the election on your financial future.

First, a truism: Markets don’t like uncertainty, and election years typically have their fair share of it. Analysts at US Bank found the markets in presidential election years had lower gains than in non-election years. That was true in both stocks (lower by about 2.5%) and bonds (by about 1%).

The 2020 election is likely to be especially uncertain. The unprecedented shift towards mail-in and absentee voting means that Americans may not know the election results for several days after November 3. Importantly, six major battleground states, controlling 74 electoral votes, won’t process any mailed ballots until Election Day itself, making it virtually impossible for them to report results quickly. Throw into the mix the huge numbers of election-related lawsuits, and the parties may sue, countersue, and appeal election results through December.

It’s therefore possible – even likely – that the markets will see increased volatility through the end of the year. The last time there was a contested presidential election, in the 2000 Bush-Gore election, the S&P 500 dropped more than 8% between Election Day and December 15. Bond markets usually perform better as a result, as people sell stocks and buy bonds.

Despite the likely volatility, financial advisors generally don’t recommend pulling out of the market. Instead, they recommend one of two options: either don’t touch your stocks at all or rebalance your portfolio. Rebalancing involves buying stocks that are declining by selling bonds on the rise. That strategy goes against the grain but positions investors well for gains as the market rebounds.

If you have a long-term investment strategy – at least a 10-year time horizon – then you won’t need to worry much about election-related volatility. But what about the election results? As we head into 2021, analysts predict there may be some small impacts on stocks depending on who wins the presidency and controls Congress, but experts say there will be continued growth no matter the outcome.

Returning to our truism, markets enjoy the most certainty when there is a split government. In 2020, that would mean either:

In a split government, political gridlock means no sweeping policy changes, and both corporations and investors continue business as usual.

In the event of a Democratic sweep (which is more likely than a Republican sweep, given that more Republicans are in competitive districts than Democrats), there will likely be some variation in the stock market. Wells Fargo predicts that Vice President Biden’s plan to raise the corporate tax rate from 21% to 28% and increase regulations would make for slower economic growth and a lower stock market. Individual sectors that may be particularly volatile in a Democratic sweep include health care, since Biden will likely advocate for a public option and price controls on prescription drugs, and the energy sector, given his stance on carbon and natural gas.

However, the two-party system’s moderating factors, the judicial branch, and state governments remind us not to overestimate the impact of one presidential election. Your investments will perform best if you rebalance your portfolio through the likely uncertainty of 2020. Depending on the election results and the sectors you’re invested in, you may want to consult a financial advisor to make sure you’re optimized for 2021 and beyond. But overall, if you’re thinking in the long term, history suggests that one presidential election has less of an impact than the news cycle would lead you to believe. Investing in the stock market is still a great idea, no matter who’s in the Oval Office.

3 Ways to Save Money on Coffee this Fall

Celebrating the 5th Anniversary of Passage of ABLE Act: How the Law Has Changed...

Women Whose Careers Made an Impact – Part 1