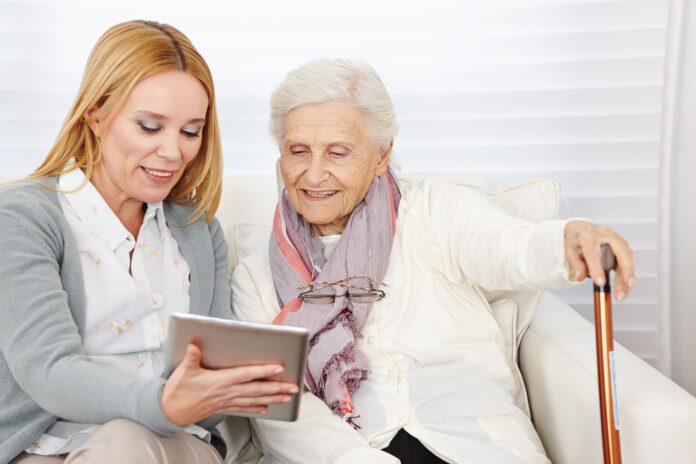 That means it will be reformed, and it will happen within the next 15 years.

That’s a scary thought for most people, but change can be a good thing. After all, the program is incredibly outdated and its higher-than-ever-intended cut from workers’ paychecks has limited individuals’ and families’ autonomy and opportunities.

Society was a lot different when Social Security debuted in 1935—especially for women. They were expected to marry, rely on their husbands to be the breadwinners, and not work outside the home.

In fact, what we know today as Social Security’s spousal benefit was first called a “wife’s benefit.”

But World War II, with its domestic army of Rosie-the-riveters, set off a massive expansion of women’s participation in the labor force.

Since then, women have become more educated (females now surpass males in college degrees) and taken on a nearly equal role to men in the labor force. Their earnings growth continues to outpace that of men.

Moreover, women are taking on more financial management roles for themselves and their families.

Having grown up during the Great Depression, my grandmother had an avant-garde grasp of finances and investment. The lessons she taught me as a child now help me manage my own family’s budget, including our six children’s 529 plans and my husband’s and my retirement plans.

What is certain, however, is that today’s women will not get the same deal from Social Security that past generations did. In essence, the Social Security credit card has been maxed out, and current and future workers are left with the tab.

Yet, with some planning ahead, women are actually well positioned to weather—and even benefit from—Social Security reforms.

Increasing Social Security’s eligibility age is one logical way to bring the program back in balance. (Longer life spans are a big reason why the program’s costs have grown so much.) The good news is that improved health, coupled with less physically demanding jobs, means that people—women in particular—can work longer.

According to the World Health Organization, U.S. women’s “healthy life expectancy” (the age individuals are expected to live in full health, without major disease or injury) of 70 years is a full three years higher than men’s.

Fortunately, a rise in more flexible, independent work means there are more opportunities for women to earn money on their own terms—working when, where, and how much they want. In fact, 29% of baby boomer workers freelanced in 2019.

Modernizing Social Security’s spousal benefit could also benefit many women. The current structure disproportionately advantages wealthier women. There’s little rationale for a social insurance program to provide 20% larger benefits to a non-working woman with a high-income husband than to a low-income single mother who worked a full career.

Shared benefits and childcare earnings credits are two options that would arguably improve equity and better serve the program’s objectives.

Of course, the best way to counter fluctuations in income from a spouse’s earnings is for couples to have greater personal savings that they own. Such savings do not automatically decline in value or disappear if the other spouse passes away.

More personal savings is a general antidote to financial well-being throughout individuals’ lives. A shift to a smaller, more targeted Social Security program could free up resources for workers and families to save more on their own, to better meet whatever needs and opportunities come their way.

At the Heritage Foundation, my colleagues and I estimated that a smaller Social Security program (even with benefit increases for low-income earners) would allow for a roughly 20% reduction in Social Security’s tax rate—the equivalent of having an extra $1,600 per year for the typical household to spend or save as best for them. If invested at a modest 5% real rate of return, those freed-up Social Security taxes would grow to $190,000 over a 40-year career, adding substantial financial security and flexibility.

Social Security faces massive shortfalls and an uncertain future, but the same is not true for women and their finances. Women’s growth in education, earnings, retirement savings, and financial prowess mean that women can both plan for and become better-off from a transition to smaller, more modern, and better-targeted Social Security system.

Rachel Greszler is a mother of six young children and a research fellow in The Heritage Foundation’s Grover M. Hermann Center for the Federal Budget.

What Women Can Do to Prepare for, Benefit from, Social Security Reform

Presidents’ Day: The First Ladies Who Led Alongside America’s Presidents